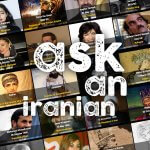 Ask An Iranian
Who are the most famous Iranians?

There are many lists of top famous Iranians available online, but we decided to tackle this matter differently. In this episode, we help you learn about well known Iranians by playing the ‘Name Game’. To do this, we describe the famous Iranians, as if we are them. So listen in and play along!

Questions we also answer in this episode

How famous are famous Iranians?

We have one of our listeners, Olga, to thank for the inspiration for this episode. She asked us, “who are the most famous Iranians?”. Naturally, any answers to this question will be subjective, but for brevity, we’ve highlighted a selection of famous Iranians in the show.

Famous Iranians mentioned in the show

Which Iranians have we missed?

We’d like to put it to our audience, who are your top three famous people from Iran? Let us know in the comments below, or head over to our Twitter page to respond in the comments and start a debate.

Persian words used during the show