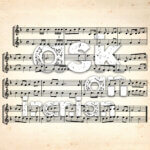 Ask An Iranian
Which Iranian national anthem is which?

The most fun part of any Olympics is when the medals are given and you get to experience the differences between national anthems. Unfortunately, you’ll be listening to the American, Chinese and Russian anthems more than you’d like, but on the odd occasion that an athlete from a lesser-known nation wins, the fun begins. When an Iranian wins a medal—usually for wrestling—your ears will be blessed with the fine music of the Iranian national anthem. Look closely at the athlete though, because maybe, just maybe, they’ll be confused as to why that specific national anthem is playing. We say this because we posed a few questions about the Iranian national anthem, to our audience, but got more questions back — mostly, “which national anthem?”.

In this episode, we explain why the confusion exists and play the various versions of the Iranian national anthem that have existed over the last century or so. Listen here to learn more.

Image credit: Music sheet for the Islamic Republic of Iran’s national anthem borrowed from Wikipedia, edited by Ask An Iranian