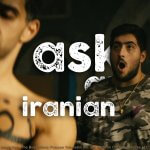 Ask An Iranian
Are Iranians funny?

As is said in Persian, “Iranians worship strangers”, and therefore lavishing them with nuts and tea is a standard. To take it to the next stage however, Iranians need to bring out the compliments and the comedy. In this episode we explore that, and more, with an emerging young Iranian comedian, based in Toronto. Neema Naz joins us to chat about Iranian humour and the contemporary comedy scene, as well as his recent role in the hit TV series, The Boys. So, are Iranians funny?

Questions we get answers to during this episode