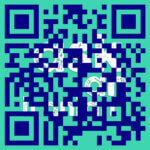 Ask An Iranian
How do I "hodl" Bitcoin in Iran?

It was Voltaire that once said, “paper money eventually returns to its intrinsic value: zero”. The US dollar is getting close in that respect, in that $100 in 1913 would only be worth about $3.87 today. In the race to the bottom, however, the Iranian Rial is winning. It took around a 5th of the time for Iran to achieve this decrease. One such purported reason for the invention of Bitcoin in 2008, was to counter this specific situation. Although it is unknown who exactly started Bitcoin, one untrustworthy source claims that it was invented by an Iranian called Seyed Satoshi Nakamotonejad. So, it shouldn’t surprise you that we have this thing, Bitcoin in Iran.

Bitcoin leads in the cryptocurrency world, a world that inadvertently avoids forced devaluations, but more importantly, a world that can circumnavigate sanctions. In such a situation, using Bitcoin as a means of trade would surely be attractive to nations hammered by sanctions (do we need to spell out who?). So, Iran! Yes, Iranians have taken to Bitcoin: mining it, selling it and trading with it. During this episode, we let you know how Bitcoin can be bought, sold and used in Iran, but we don’t stop there. We also let you know how foreigners and Iranian travellers abroad can benefit from using cryptocurrencies. To help us with this, we invited Mostafa Khalilnasab, an expert in such fields, to help us, help you figure this all out. So, listen to this episode to get clued-up on cryptos in Iran.

Questions we kinda also get answers to during this episode